You are here:
BricksStar Wars 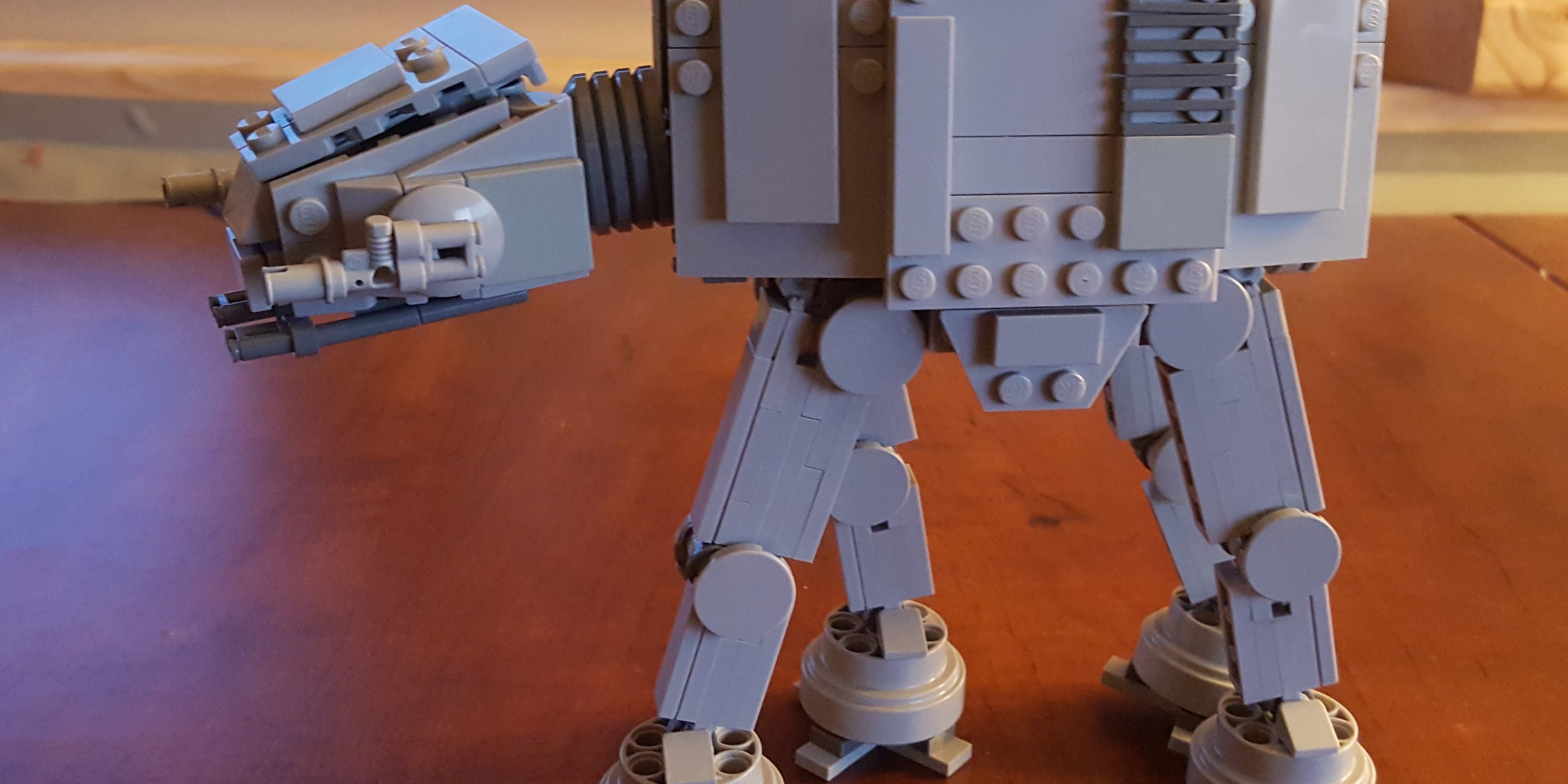 A while back, I bought “Build Your Own Galaxy: The Big Unofficial LEGO® Builder’s Book“. It contains a bunch of instructions for LEGO® sci-fi vehicles, characters, etc. I’ve always liked Star Wars AT-ATs, so that’s one of the first models that I built: 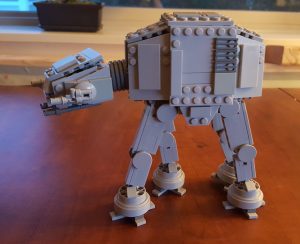 I was looking forward to adding it to my collection of LEGO® sci-fi vehicles. But as I was building it, something seemed “off”. For instance, the leg joints didn’t stay together very well: 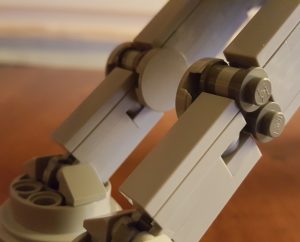 And there were some pieces just above the leg that also kept falling off: 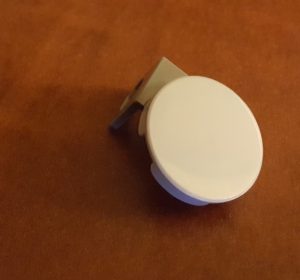 I spent some time trying to redesign those areas to make them more sturdy. But, at least so far, I haven’t succeeded. So I decided to take it apart and use the pieces for something else. I’m thinking that an AT-AT at a different scale (a big bigger) might fit together better. So that’s what I’m looking for now. Maybe I’ll just have to “bite the bullet” and buy the parts for one of the official LEGO® sets.