You are here:
Star WarsTutorials 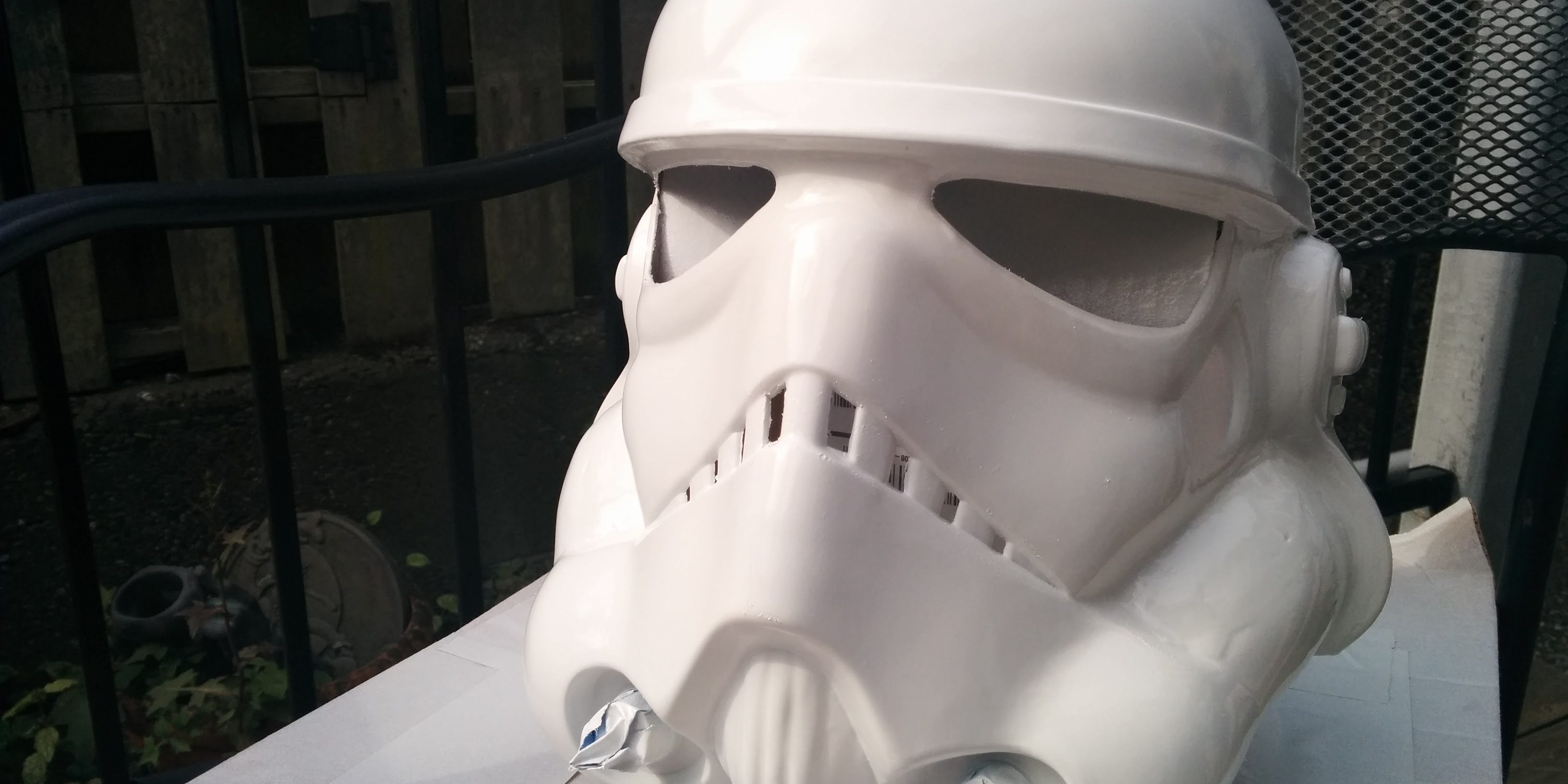 If you haven’t read the intro to this DIY post – you might want to give it a quick read.

On with the DIY adventure. 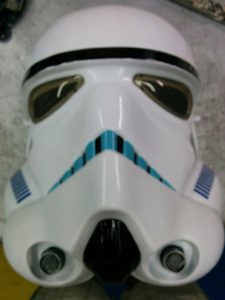 Original Rubies helmet. Not bad – but not right.

Episode One: The Trimming Menace 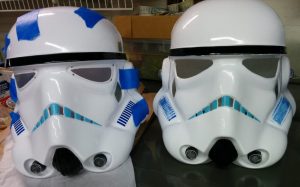 You can see the before and after [L-R] of trimming the eye areas and sanding down some of the paint.

Episode Two: Attack of the Glue

Episode Three: Revenge of the Sanding 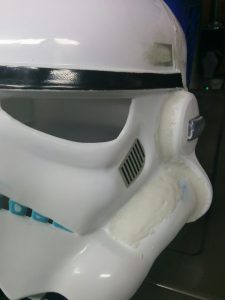 Episode Five: The Sanding Strikes Back

Sanded down the filler and washed off the dust.

Episode  Six: The Return of the Paint 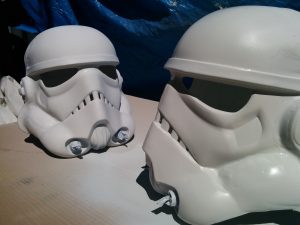 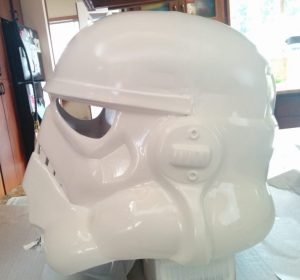 White gloss is on! 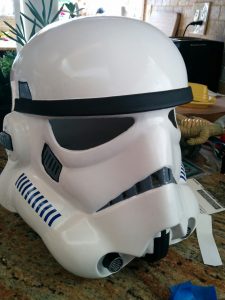 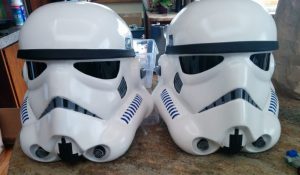 Two modified Stormtrooper buckets are ready for the wedding!

It took a few weeks to put all of these modifications together and I loved every step of the process. As with anything that you make with your hands, you put a part of yourself in it. When my husband and I donned these helmets in preparation for our entrance to our wedding reception, I had the memories of the work that went into them. New memories were built upon older memories. In the end, these former toy helmets have become very treasured possessions. 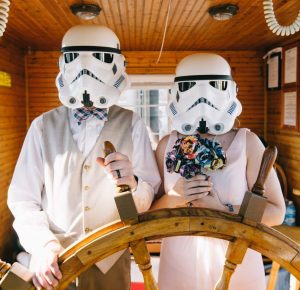 May the Force be with us.