“According to the map, we’ve only gone four inches.” 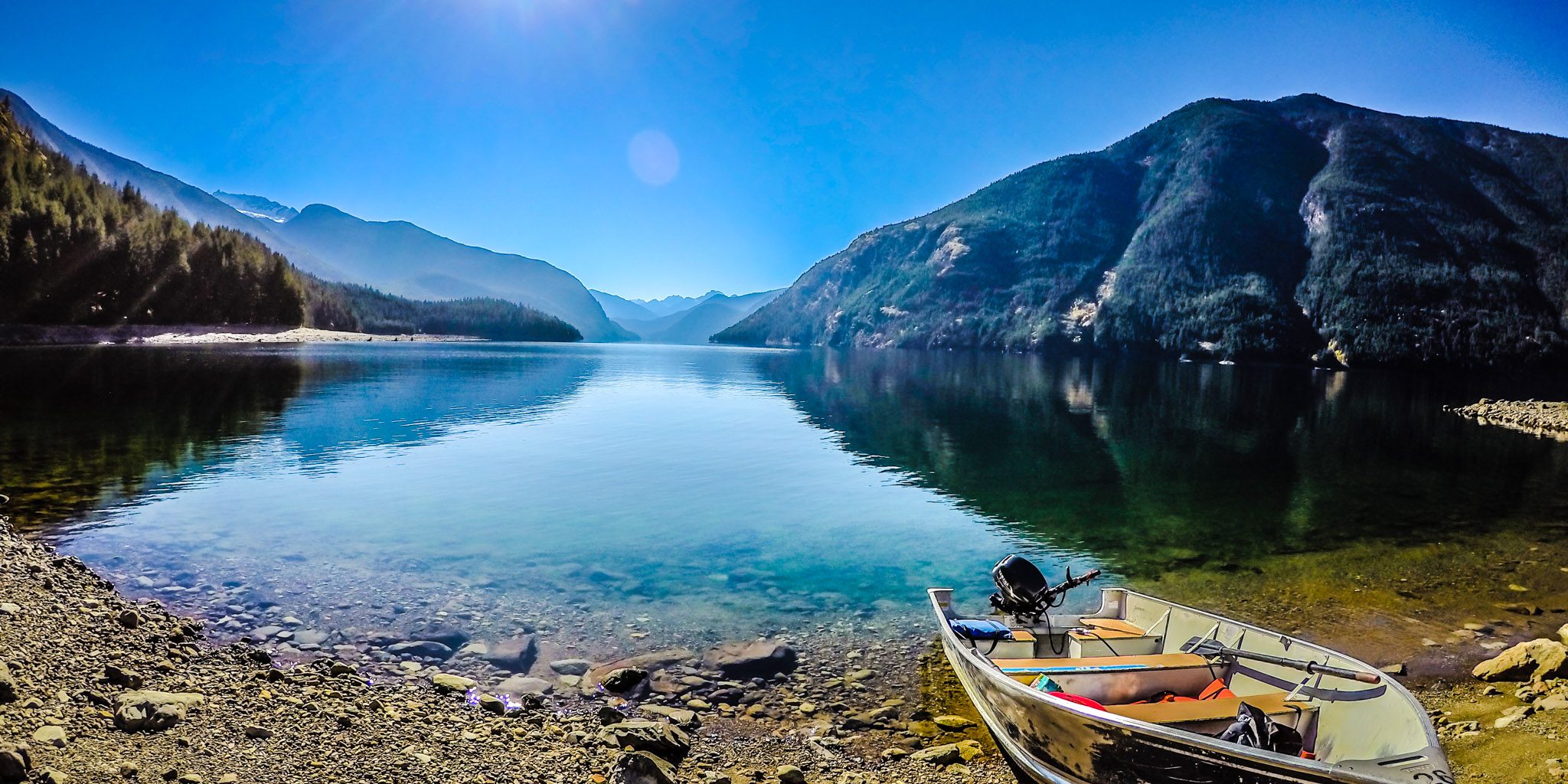 A few years ago, my best bud texted me and asked if I was up for an adventure. “Sure,” I simply replied. When she texts about an adventure, I say yes. It’s always in my best interest.

“A miracle happened and I got a reservation at Ross Lake Resort. I’ve wanted to go there for so long! It’s in a few weeks.”

Now, I had no idea where Ross Lake was, what the deal was, or what I signed up for… but I trusted my friend. When she tells me I need to eat here or visit there or camp at this site, I listen and obey.

Ross Lake was no exception.

It was quite the ordeal to even get to our cabin on Ross Lake. Literally on Ross Lake. All of the cabins at the resort float on log booms. We drove across Diablo Dam to get on a ferry that took us across the lake to a truck that took us over a hill (also known as a mountain to our readers from the east coast) to Ross Lake where we boarded a motor boat to take us to our cabin. Every step of the way you are schlepping all of your gear and food. All of your food. Ross Lake Resort is remote – as in, if you didn’t bring it then you aren’t going to have it. 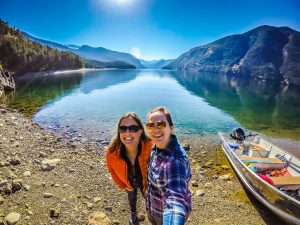 My friend and I learned why it was a miracle she even got the reservation. During the check-out process you have the option to make your reservation for the following year. It’s practically tradition. We met some groups who have come to Ross Lake annually for decades! We felt like we joined a not-so-secret but somewhat exclusive club. We vowed to make this an annual tradition. That no matter what – we would trek to Diablo Dam and start the journey to Ross Lake. So firm was our vow that an angry Bruce Banner couldn’t even pry that reservation from our little dainty lady hands! That was the case for two glorious years.

Then, my friend moved down to California and I got married.

And nothing changed. She drove up to my house, we loaded the car, and I kissed the husband goodbye. My friend and I kept our vow we made years prior to each other. I secretly wondered if she’d back out and not make the long drive up the coast. She confessed she expected me to back out because I got married. I didn’t blame her.

I had seen people change post-marriage. They disappear somewhere and can’t be tracked down. They become an island of two. I get it and I won’t pretend that tears were not shed at times in July or August when the mere thought of leaving my new husband for four days invaded my head. Did I mention that there’s no cell reception there? No WIFI? No contact with the world beyond Ross Lake. The thought of cancelling never entered my head though. I refused to be that person. The commitment I made to my friend three years ago is just as valid as the one I gave to my husband four months ago. If I could keep the same work, friends, and hobbies after marriage as I had before, then why would I need to give this up?

So I went and it was great. Ross Lake never disappoints. It was weird sleeping on a twin bed again. Sleeping alone again. Not turning over in bed to stare at my husband’s smiling face. The mornings were the weirdest but I’d make a cup of coffee and go sit outside to stare at the lake. 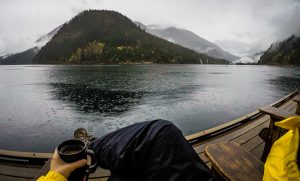 When I got back home, the fella and I settled on the couch that evening and he ended up staring at me with a dopey grin. I asked him what was on his mind. “I’m not sure… I liked my time while you were gone, but I’m so glad to have you back.”

I wouldn’t have had that beautiful confession if I had stayed. I couldn’t have given my introverted husband loads of alone time if I had stayed. I would have missed out on some amazing times and memories with my friends if I had stayed. All signs point to the positives of leaving my husband – for a time – and then boomeranging right back into his arms. All the better for the adventures acquired during the time away.

“According to the map, we’ve only gone four inches.”