Introvert: A Guide to Comic Cons

You are here:
Comic Consnerd 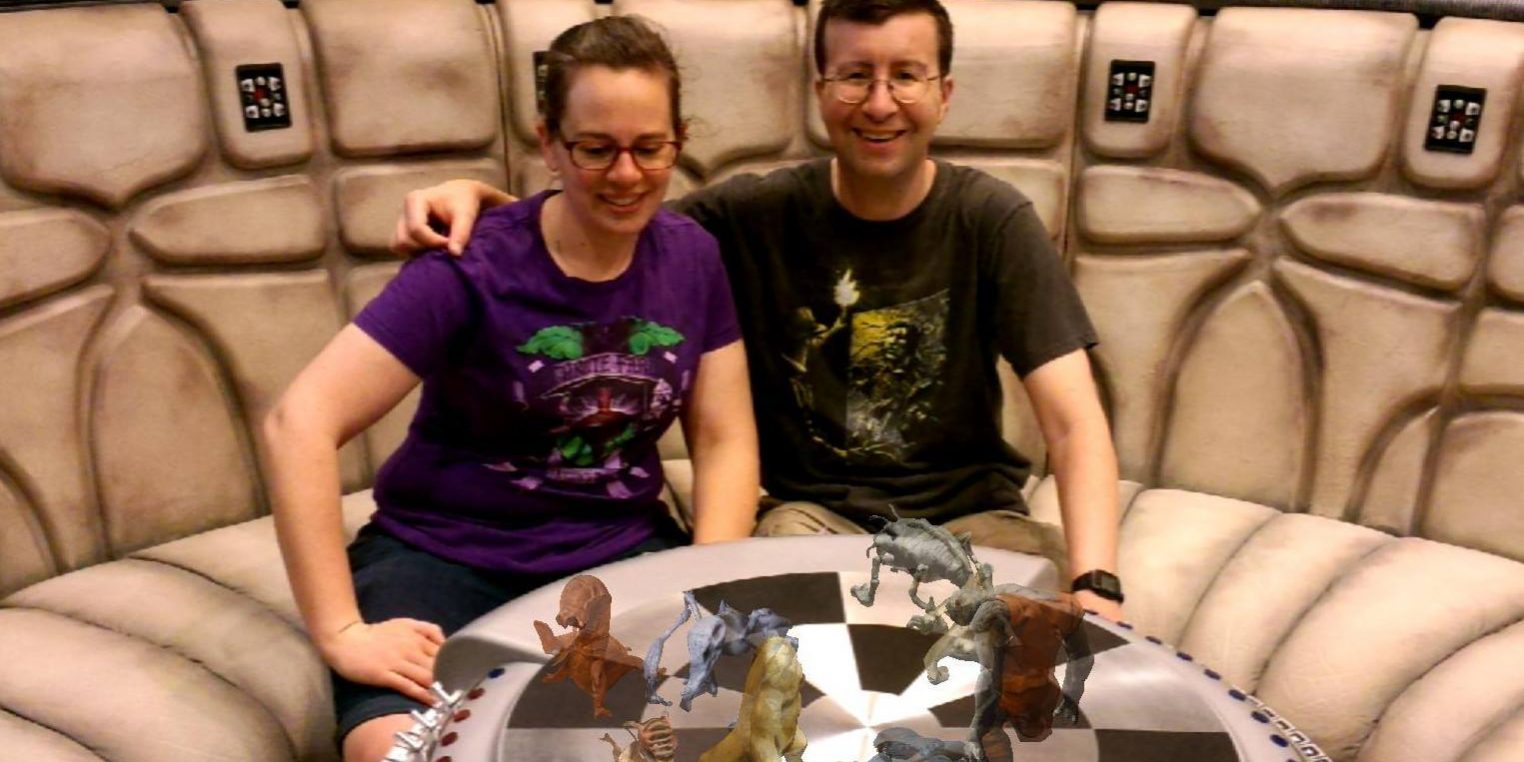 Comic Cons were events that I largely ignored. Thousands of people slowly meandering around all day like cattle – for an entire weekend. Seemed like stimulus overload. I’m an introvert. Ain’t nobody got time for that!

Then my feller, a fellow introvert, spoke highly of his many voyages to Comic Cons. He liked being around fellow nerds, seeing the panels, getting autographs, seeing new merch in the expo halls, and the overall vibe. I decided to give it a shot. Snagged a weekend pass and attended my local con in Seattle – Emerald City Comic Con.

I hated the initial experience.

It was incredibly overwhelming. People everywhere! Standing in line for everything. Tons of folks in costume. The event guide was like a Restoration Hardware catalogue – except it had useful stuff. It was huge – filled with schedules for the Expo Hall, workshops, panels, autograph sessions, and meetups. I wasn’t sure where to start. (If you are in the same boat, you might want to read our Comic Con 101 post.)

I was also afraid. Afraid of missing something cool. Afraid of doing the con wrong. What would people think? What would Paul think? Occasionally I suffer from Nerd Atychiphobia (Fear of Failure). I totally made up that term but it’s still real. Those stupid thoughts can become immobilizing. I went home from the con and wasn’t sure if I’d go back.

I decided to change my mindset for the rest of the weekend. I was more careful of scheduling my day to make sure I hit up all of the events that seemed interesting. Also realized that I can’t do the con ‘wrong’ if I do it how I want to. So, with a personalized schedule in hand and a “whatever, I do what I want” attitude – I hit up the rest of the convention.

It was still crowded. There was a lot I just didn’t get. Cosplay costumes that I didn’t recognize. Jokes or references people made in panels that everyone else but me seemed to understand. But I just went with it and made an active decision I wouldn’t get overwhelmed. That I would enjoy what I wanted regardless of what makes the highlight reel for everyone else.

I am the maker of my own highlight reel. One of my personal favorites was walking around the Expo Hall with Paul and coming across a cosplayer dressed as John Candy’s character from Space Balls. I yelled, “BARF” without thinking. I was so excited. Paul was confused until he followed my gaze. I got a photo with Barf. How often can you say that without being gross? 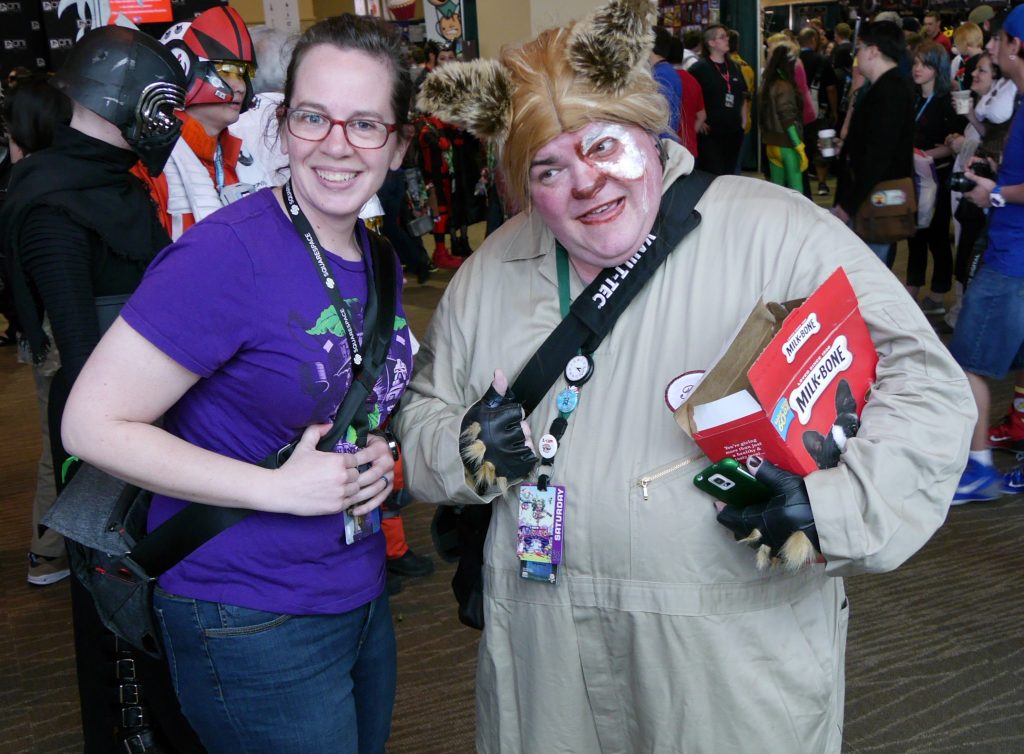 He is his own best friend!

That’s what cons can be. Big events happening all around you – which are fun and unique and special. Then you also have small random interactions with strangers who like the same thing you like. And it is amazing! Like when I was at a panel with Curtis Armstrong (of Better Off Dead fame). Someone asked Curtis question referencing one of my favorite movies, One Crazy Summer, and I did a small fist pump. I don’t know of anyone, outside of my family, that has seen that movie. Such a small thing but it made my weekend a little brighter.

Towards the end of Emerald City Comic Con I had found my stride. I chose better footwear. Packed around a water bottle and snacks. Found quiet areas to chill out and recharge at. Listened to tunes while I walked around so the experience wasn’t as jarring. I also fully removed the pressure I had put on myself to see or do everything. My convention experience was my own – and this introvert found a way to enjoy it.